If you’re over 30, this article will provide information about the actual meaning of some of today’s new phrases I’m sure you’ve probably heard but didn’t quite understand.  If you’re under 30, this piece will no doubt confound you, yet I hope by the end, it serves to help you unravel your words from your actual thoughts.

As a writer and observer of behaviors, I take seriously words and their meanings.  Three commonly used phrases have crept into the younger person’s lexicon, and I think they serve as a good example to both users and listeners, as to what they actually mean.

The first of these phrases is pretty simple, yet very telling about the high levels of conformity today’s youth attach to their speech.  Listen when young people are talking to each other, and when they are in agreement, you’ll hear repeatedly the phrase, “yeah-yeah-yeah” as agreement and acknowledgment.  Not “yes”, or, “OK”, or “I understand”, or “yeah”, or “yeah-yeah”, or “yeah-yeah-yeah-yeah” but specifically and precisely three times, “yeah-yeah-yeah,” spoken rapidly, almost as a single word.  I have no clue as to where this phrase started, but in my travels, I have observed that it is not a regional phenomenon but appears to be widespread in use.

I’m old enough to add some historical context to the modern use of this phrase.  I remember when it’s older use, (slightly modified,) meant something quite different.  In the past, “yeahh…yeahh…yeahh, spoken slowly, and with a hint of disinterest, meant that the speaker was boring the listener, or that they had heard enough, almost like the use today of the phrase, “whatever,” which is really nothing more than a not-so-nice polite way of saying I’m done listening.

If you find yourself using the phrase “yeah-yeah-yeah,” the point of this article is to illustrate to you how unwittingly susceptible you are to unconscious conformity, likeness and peer pressure; over-kill for the desire to deliver positive affirmation.

The second and third new-use phrases I hear repeatedly in the younger crowd share a similarity in the fact that they both couch nuanced displeasure packaged as faint praise.  Old-school jargon used to call this “passive-aggressive behavior” but today’s kids use it often and freely in the following lines.  “It’s all good” and “No worries.”

Unlike “yeah-yeah-yeah,” these two phrases actually mean exactly the opposite of what their face-value states.

For example, a group of kids order breakfast and the waitress mistakenly brings the wrong style eggs and wheat instead of rye toast.  As the kids point this out and as she is apologizing and offering to make the mistake right, they declare, “It’s all good,” and accept scrambled for over-hard and wheat for rye.  Mild admonishment followed by acceptance and forgiveness.

I have quizzed kids on the use of this phrase in this circumstance and they deny any element of complaint, instead emphasizing the praising component of the phrase.  However, if that were accurate, why point out the mistake at all?  Simply accept the substitutions and move on, but that is not what happens, it seems requisite that the waitress is reminded first of her error and then quickly forgiven.  A little shaming served up with an order of plausible deniability rendering one both superior and benevolent in one fork-filled bite.

“No worries” I’ve observed, ratchets-up “It’s all good” and is generally employed when someone says something the listener finds wrong or insulting.  The times I have seen and heard it repeated more than twice, fights have broken out.  It seems that the more “No worries” is repeated, it signals that you had better commence worrying.

Words mean things.  Once we allow the words meanings to be transformed or changed outright, that shared meaning turns to ambiguity and eventually misunderstanding due to meaninglessness.  Once words and phrases become codes and secret languages known only in shared circles, this serves to separate and divide us.  It benefits us all to refine and improve our collective ability to effectively and creatively communicate with one another and not create barriers in an already challenging environment. 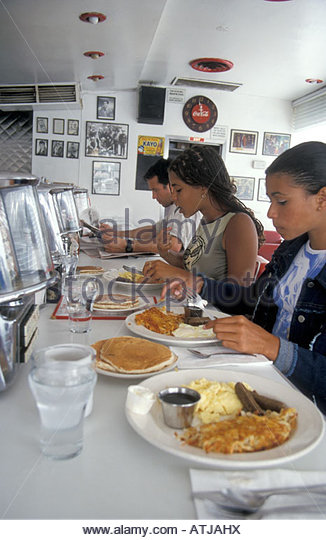 Now, if you’re rolling your eyes and saying to yourself, “whatever”, yeah-yeah-yeah, I understand, really, it’s all good, no worries, and I really, really mean that, no seriously.

Binghamton City Mayor Richard David has announced that a network of automatic license plate readers, (ALPR) will be strategically placed along all roadway entrances and exits to the city.  David states that the cameras will be linked in a high-speed fiber-optic network fueling a database recording information on every vehicle.  In public statements, David touts decreasing criminal activity as the impetus for this $700,000.00 expense.

This is government over-reach in Constitutional proportion, directly violating the 4th Amendment protection against “unreasonable search.”  A system of 24/7 continuous surveillance of the comings and goings of every vehicle in the city is outrageously intrusive and insulting to the law-abiding residents who have a reasonable expectation of not being tracked by their own government.  Many Binghamton police cruisers already have these cameras installed.  What the public likely does not know is these readers consolidate their data into a mega-database that has little to no judicial oversight.  The information gathered includes the license plate number, the time of day, the date, and the location of every vehicle that passes by.  This information is then cross-referenced with another database that matches the registration information of the vehicles ownership to that license plate number, thereby disclosing the vehicle owners name, address and any current wants, warrants or other legal information that might alert officials to stop that vehicle.

This idiotic endeavor is the antithesis of what we know in America to be freedom.

Casting this wide of a net over the law abiding to catch the less than one percent involved in criminal behavior, or even something as minor as an unpaid parking fine, is over-reach by any reasonable observation.  Rationalizing this program as legal and just on the basis of the fact that the City of Freeport on Long Island has already done something similar is equally idiotic.   Since when does proof of legality and validity exist on the basis of the theory that someone, somewhere else is doing it too?  Freeport reports a drop in crime since they implemented their program, but again, at the expense of our liberty?  What sad irony that a place in New York with the word “free” as a part of their name, has volunteered to lose that freedom.

Over-reach is over-reach.  No justification exists sufficient to topple a fundamental right citizens have to be left alone, scrapped for a few more arrests, no, that is a trade-off not to be made in America.  These kinds of social privacy sacrifices are common in socialist countries but not to be tolerated in a free society.

Tightening the legal system to keep criminals off the streets in the first instance is a better solution than performing mass surveillance on a free people.

Who better to consult with then one of our Founding Fathers?  Benjamin Franklin was looking into the future when he said, “Those who would give up essential liberty to purchase a little temporary safety, deserve neither liberty or safety.”

Mayor David, this is a bad idea, scrap it. 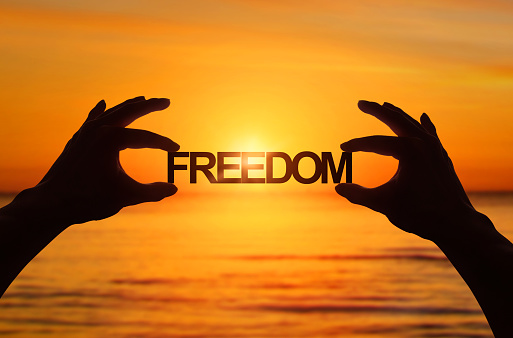 Binghamton City Councils recent resolution affirming support of legal immigrants and refugees provides a teachable moment in understanding the culture of the politically correct, (PC) and how it serves to demand compliance while censoring dissent.

Caught up in the Trump era of addressing illegal aliens and not wanting to be shown up by the Ithaca City Council that recently adopted legislation affirming their status as a sanctuary city, a lone liberal Binghamton council member felt compelled to jump on the immigration bandwagon and drag Binghamton into that politically volatile bailiwick.

By putting a few dozen “fellow travelers” in the council gallery, making speeches about the history of immigration in the country, this lone, liberal voice managed to cow his fellow members into submission, for fear of violating the codes of conduct towards the PC, that being that the sentiment, the emotion, and the intent are core components of legislative resolutions, at the expense of logic, reason, and accurately measuring outcomes while holding people accountable.

Affirming that Binghamton supports legal immigrants and refugees is simply restating the obvious.  Who after all, does not support legal immigrants; it is clearly the illegal aliens that are the focus of the problem, not those here lawfully.  This is a case of hearing other voices in the wilderness and being unable to resist the temptation to say something, anything, so as not to feel left out, and just to hear the sound of their own voice.

Clearly, Binghamton leadership has much more pressing business when it comes to the actual tangible aspects of managing a city.  This senseless resolution, a total reaction to the world around us, offers a solution in search of a non-existent problem.

Unfortunately, once the proposed resolution gained traction with the media, the other six city council members, for fear of being labeled as racists, lent their support and endorsement of this silly statement when they should have counseled their junior colleague about the proper role of governance.  Isn’t crushing debt, the expense of debt service, high taxes, blighted properties, a dwindling population and the over burdened police department bigger and grander priorities than some senseless statement that affirms the obvious?

True statesmen would have had the backbone to not align themselves with this trite work of self-aggrandizement.  Furthermore, a real leader would have successfully counseled his fellow legislators towards greater goals, higher priorities and more noble endeavors that properly support those voters who elected them.

Manage a city that has little or no debt, crime under control, a bustling and thriving business climate, affordable taxes and a well-maintained infrastructure and then perhaps the more frivolous and erudite niceties like rose-colored resolutions proving to the world how enlightened city council members are might be a tolerable endeavor.