I strongly encourage you to run for the office of President of the United States once again in the 2024 election.  Armed with the experience you gained in your first term, I can only imagine what progress you will make in your second.  The country needs you desperately and the stakes could not be higher for refocusing, rebuilding and re-exciting both the country and the citizenry.

Mr. President, I believe that enlisting the support of Florida Governor Ron DeSantis as your Vice-President will afford you the highest likelihood of gaining that second-term for which American’s so hopefully pray.

Engaging Governor DeSantis as a protagonist is a mistake.  Instead of potentially weakening a terrific governor with a splendid track record, enormous name recognition and wide-spread public support, better to harness that positive energy for not only your re-election, but to insure the legacy of accomplishment two strong-willed and patriotic men can best accomplish together.

I believe the key to this alliance will be to assure the Governor that it is your solemn promise to do everything in your power to see to it that he is your successor.  Leaving Governor DeSantis out of the equation for 2024 will only spell trouble in splitting voters and by doing so, assist the opposition party by encouraging us to war against ourselves and thereby making their path to a victory that much easier.

Mr. President, please Take America Back Again and do so with the horsepower of a Trump/DeSantis ticket to a sure fire victory.

This 32-year-old “man” is the silver-spooned-snot-nose son of Tyson Food founder John W. Tyson and according to the WSJ article, the younger Tyson got so drunk that he was found asleep in the wrong house.  He was subsequently arrested for criminal trespass and public intoxication.

Here is the money quote, from Tyson himself:

“I am embarrassed for personal conduct that is inconsistent with my personal values.”

Your personal conduct DEFINES your personal values.  Tyson’s twisted logic here infers that his conduct was somehow independent from his values.  Sorry Johnny but that thinking won’t fly any better than your chickens.  If your alleged personal values were as elevated as you suggest, your CONDUCT would reflect that.

Here is a better public statement that would be at least honest:

“I am embarrassed that I didn’t take appropriate measures to enlist the help of others to monitor my drunkenness and keep me out of trouble.  Unlike most people, I can afford to hire any number of people to see to it that I stay out of trouble and I didn’t do that and for that, well, I’m embarrassed.  I’m counting on the fact that regardless of my personal life issues, Tyson Foods will continue to provide me the boat-loads of money I regularly receive for the rest of my life.  Thanks dad.” 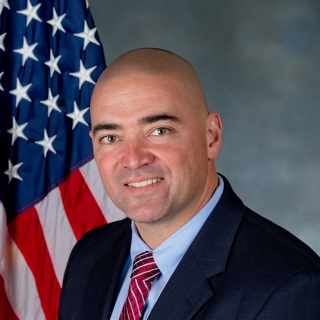 The adage about politics and odd-bedfellows has never been more literal.

As for Newcomb, how “principled” was it for her to interfere with a NYS Police investigation involving her nephew, advising him to obstruct an investigation into his drunk driving and then protecting him while screaming at the troopers that she should be afforded professional courtesy because of her position in the sheriff’s department?

Barring a miracle, Akshar will win this race, parlaying the vote-getting appeal of former Binghamton mayor Rich David in exchange for his Senate seat.  After Akshar takes office, you can expect to see Newcomb resign and the county loses a career cop while gaining back a man with well documented integrity and judgment issues.

Then, God forbid, in two years, the Akshar political machine gets into gear and elects his buddy Paul Battisti to the Broome County District Attorney’s office, that’s right, the same guy who called in a favor in having his former wife arrested by Akshar’s brother in the parking lot of Dick’s in Binghamton.  The same Paul Battisti that owed more than 86,000.00 in back taxes to the IRS in 2019.

When the two most significant legal entities in the county are being managed by men with a history of manipulating the legal system, womanizing, using taxpayer monies to over-pay girlfriends and failing to pay their own taxes, what kind of a justice system will that mean for Broome County?  Those systems will be forged in the respective images of the men who manage them, striking at the very heart of institutions that rely overwhelmingly on morality, truth, character and high principles, qualities which go wanting by all those political players.