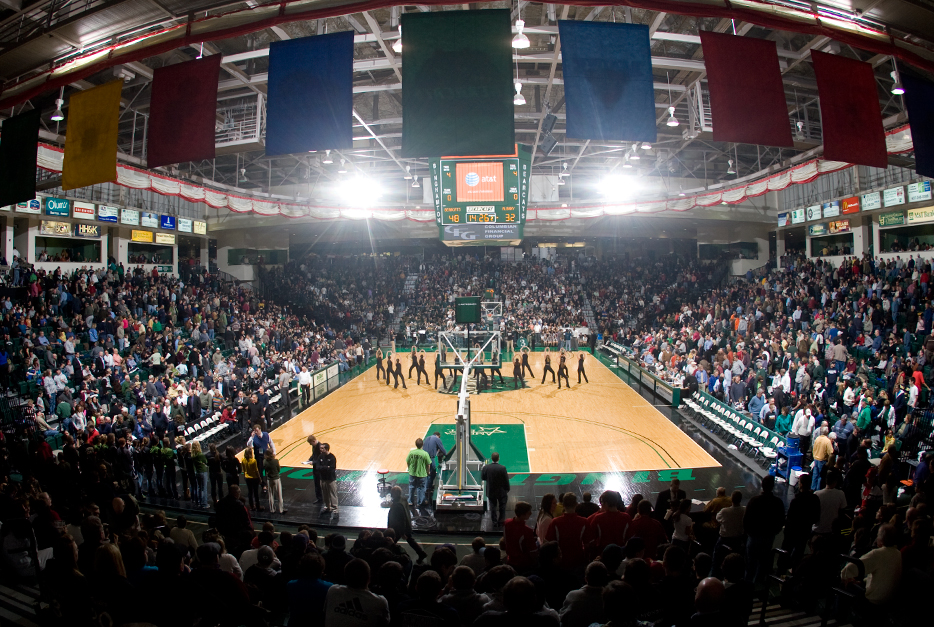 One might think that an offer to build squash courts and underwrite the entire cost would be an easy sell to any university.

With that, add the expertise and a willing, volunteer staff to support, form, organize, develop and coach men’s and women’s teams at no cost.

Top it off with garnering the overwhelming support and encouragement of virtually the entire collegiate squash family in supporting the entry of a new school team into their competitive ranks. Sounds like a slam-dunk, a no-brainer right?

“No thanks, this doesn’t fit into our “long-range plans,” says Binghamton University. More about this marvelous, long-range plan in a moment, but first, this is what the squash idea looks like.

Seeing opportunity in the over-built and under-utilized racquetball court surplus at the Binghamton University, (BU) campus in upstate New York, the local, off-campus squash community proposed to underwrite the cost of converting four of those eight seldom-used racquetball courts into a squash center, capable of supporting a fledgling squash program for both men’s and women’s teams; no small gift at a cost of nearly $50,000.

The campus of BU with its nearly 15,000 undergraduates is one of four university centers in the New York State family of 64 college campuses.

Within easy reach of over two dozen other universities with squash programs, BU is positioned to field formidable teams and would be the first New York university to do so.

In collegiate circles, BU is already known as a “public ivy” because of its high academic standards and lofty credentials. What better way for student athletes to expand their collegiate experience than through recreational or competitive squash? What better sport to allow athletic involvement in a healthy pastime that can be played and enjoyed for ones entire life?

The physical, social and political benefits of the squash playing community are truly underestimated at a university that has showcased primarily basketball when it comes to sports and the beloved and unchangeable long range plan which is blind to anything else.

Back to this plan

A long-time NCAA Division III School that had traditionally prided itself on academics over athletics, Binghamton decided in the 90’s that their focus would change slightly from pure academics to sports, specifically basketball.  This led to a strong push from Division III designation to Division II and then to Division I in only four years.

Energizing a strong and locally supportive New York State senator as an ardent cheerleader, BU was able to find 40 million dollars for the construction of a palatial event center to showcase the new basketball program.

Then came the unfortunate incident of a BU basketball player beating a fellow student  nearly to death and into a coma before fleeing back to his home country of Croatia, avoiding trail, immune from extradition and prosecution.

When eyebrows should have been rising, the focus remained on “the plan.”  After recruiting and hiring former Georgetown basketball assistant coach Kevin Broadus in 2007, BU won its first ever basketball divisional championship just two years later, only to have the entire program come crashing down around allegations of grade fixing, illegal recruiting and improper admissions to students not academically capable of the rigors of the BU standards.

Multiple players were arrested for a variety of things from shoplifting, assault and larceny to crack-cocaine drug sales. Star athletes were being suspended, quitting or spending their days in the legal system. All told, six players were released from the team. 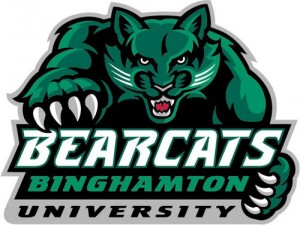 The Athletic Director was the first to go, followed by the University President herself, on a fast track to “retire.”

Finally, coach Broadus was suspended and subsequently fired, along with two assistant coaches. As a parting gift, Broadus managed to finagle a severance package of more than one million dollars.

The pitifully incomplete and woefully inadequate report was basically a cut-and-paste job of already known information, billed out at more than $900,000.00 and telling the public nothing more than it already knew.

The investigation itself became the subject of a mini-scandal all its own, seeming to squander almost $10,000.00 per page to say nothing.

The following year, the assistant coach struggled to manage the beleaguered team to a 13-18 season and the team sat-out the post season as a sort of self-imposed punishment many believe was actually at the strong suggestion of the powers that be at the NCAA.

So, given this series of unfortunate events, this group of community squash players thought that the time was right to get the attention of the new and incoming leadership to see fresh and generous opportunity that was not only good, wholesome, cost-free and worthy; but would take the focus off of the troubling past issues everyone would just as soon forget.

Incoming University President Harvey Stenger was gracious in allowing an audience to hear the pitch for squash but he was quick to conclude with that sad mantra, now repeating itself, “Sorry, not in our plan.”

The obsession to stay with this here-to-fore not working out so well “plan” appears to be not only myopic but counter-productive.

Here is a suggestion for the masterminds at BU.

Obviously planners rule out everything but their own vision. Because no-one at BU has any experience with the magic of a collegiate squash program, there is no connection, no interest and no concept of the value in a scandal-free sport whose existence predates that of the formation of the NCAA.

No-one is suggesting that you change your so-how-is-that-working-for-you-now plan, whatever that grandiose adventure in your mind might now be, but what you might consider is this.

The addition of something new to your holy plan, especially when it costs nothing and creates opportunity where none existed before just might make the right connections for your students as they learn the ways of the world, the joys of competition, camaraderie and a lifelong sport that they can take with them wherever they go for as long as they live.

This is the sort of learning experience institutions use to provide to their students, not just a select few on the varsity basketball team, relegating everyone else to that of spectators.

Bob Kingsley is the former Associate Director of US Squash