State Senator, former Broome County under-sheriff, private investigator, business owner, Port Dickinson police officer, what does Fred Akshar want to be when he grows up?  If the story of Senator Akshar moonlighting as a $16 per hour cop made you wonder why, in the world of politics, whatever it is that seems obvious is usually a diversion from the actual motive and such is the case here.

What happens when patrolmen Akshar has to be in traffic court in the Town of Dickinson while Senator Akshar is simultaneously in Albany?  And when the Village of Port Dickinson is seeking a state grant, or other types of state aid and programs, where normally a locally elected Senator would be their greatest ally, won’t Senator Akshar rightfully need to recuse himself from that vote?  As a PI with access to law enforcement databases, how do we know super-sleuth Akshar won’t access sensitive records otherwise unavailable to private citizens?

PI, cop, Senator, the list of likely conflicts of interest is mind-boggling. 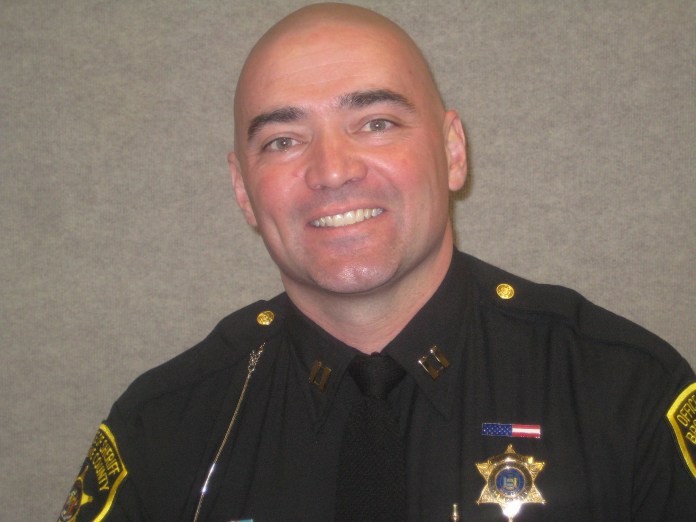 The most obvious question never asked of Akshar when he became a candidate for the senate seat; Why would a high ranking, veteran sheriff officer, well into his career and with less than 8 years to retirement and a legitimate candidate for the post of Sheriff in the not-to-distant future trade all of that in for a job that pays less, requires re-election every two-years, and is noticeably outside of his professional area of expertise?  Now into the 4th year of Akshar’s senate career and we still don’t know the answer because the question was never asked.

No news from the media and failing to be inquisitive in holding public figures accountable is fake news by neglectful indifference.

With only a cursory look into the past using publicly available information reviewing Akshar’s behavior, the appearance of poor judgment and the abuse of power is impossible to miss.  According to media accounts, while a Broome County sheriff, Akshar had a romance with Kate Newcomb, a female colleague in the department.  In 2009, Newcomb reportedly interfered with State Police investigators, coaching her nephew regarding him allegedly crashing his car and injuring his girlfriend while drunk.

Court records indicate that Newcomb and Akshar drove to the scene of the accident where Newcomb instructed the nephew to throw the car keys into a field.  She then took the nephew to her home, where she encouraged him to have 3 beers.  When the State Police arrived at Newcomb’s home, she because irate, demanding “professional courtesy” because she was a sheriff officer and Akshar was reportedly right there at her side.

As a senator, Akshar reportedly developed a new romance with a subordinate, and at the same time denied any wrong-doing when it was disclosed that he simultaneously jumped her salary eight times and gave her three promotions in 2½ years, rising her from a part-timer making $32,600 in 2015 to a full-timer making $85,000, according to the state comptroller’s office.

In 2014, Akshar once more demonstrated his tendency to bend the rules when he reportedly responded to a request for legal assistance from Paul Battisti, a local attorney, regarding a domestic incident that was happening in the city of Binghamton involving Battisti, his estranged wife, his new girlfriend, and his young children.  While the proper protocol would have been to dispatch the Binghamton police to the scene, Akshar arranged instead to have his brother, deputy John Akshar dispatched, and as a result, Battisti’s estranged wife was subsequently arrested.  After she filed a lawsuit, the district attorney dropped all charges.

At the same time, Akshar was deeply involved with his boss, David Harder’s re-election campaign for Sheriff and Battisti was the Chairman of the Broome County Independence Party, from which an endorsement was being sought and was won.  Fast forward to today, and we see Battisti running for Broome County District Attorney with the enthusiastic endorsements of Harder and Akshar, including a $5,000.00 donation to his campaign from who other than Fred Akshar, the “quid pro quo” alleged in the lawsuit filed by Battisti’s ex-wife. 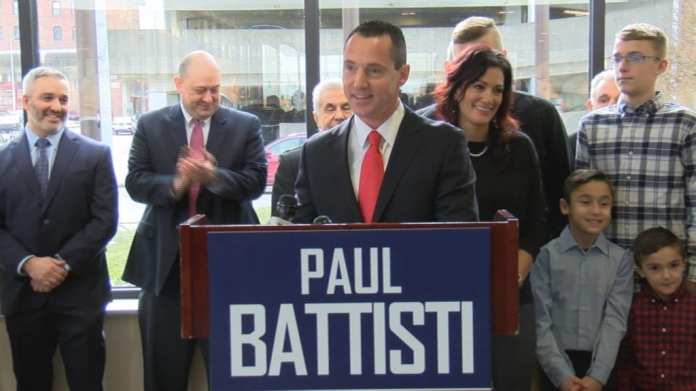 What is Senator/ patrolmen/ PI Akshar actually doing?  He is sharpening his political sword by laying the foundation of “rediscovering his roots and re-examining his passion for law-enforcement” all will burnishing his credentials for a run at the post of Broome County sheriff after Harder retires.  As a guy who likes to throw around his power, being a Republican Senator in a state now wholly controlled by Democrats has to be emasculating to someone wired this way.  Akshar may find the power-boost that the office of Broome County Sheriff will provide.  After lowering himself to examine the day-to-day life of the rank-and-file patrol officer, and then learning the defense side of the legal system courtesy of his PI license, it seems clear that Akshar will tell constituents how he knows all sides of the law enforcement equation now, having lived it, been there, done that.  The added bonus of being a NYS Senator pulling in over $120,000.00 a year affords him the time and luxury to pursue his ambitions at taxpayer expense.  Not much to do in Albany when you have no power.

The fact that it took the media almost a year to learn that Akshar was a moonlighting cop and a PI, speaks volumes about their level of interest.  Moreover, to add insult to that injury, it was an ordinary citizen, just doing his homework on reading local government meeting minutes that brought the matter to the public’s attention, not some super-sleuth reporter eager to break a big local story.

Dating subordinates, boosting the pay of a romantic partner to ridiculously high levels at taxpayer expense, allegations of his abusing his power as a police officer and manipulating the system to get his way, all fall well short of prudent ethical scrutiny voters expect.  Akshar fits right in to a long shameful line of elected officials that the Albany sewer seems to attract.  Given his propensity to be notable in many eyebrow-raising situations, it seems that he is not only unfit to be a Port Dickinson patrolman; he is likewise unfit to be a private investigator, a sheriff deputy or a Senator.

Washington is no doubt a swamp but Albany is a cesspool if Akshar is any indication of what passes for sound ethics in governance.  With that said, the sobering reality is that the reflection in the mirror might be the dual images of Akshar and ourselves because, as Alexis de Tocqueville reminded us some 175 years ago, “In a democracy, the people get the government they deserve.”  I would like to think that we are better than that but perhaps Akshar is the accurate reflection of us all, his constituents.