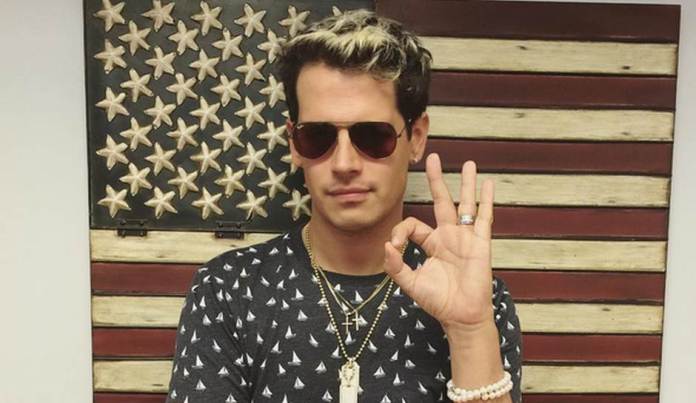 Unlike nature’s actual no-two-are-alike snowflakes, we’re learning that today’s modern version; college-coddled millennial drones are just the opposite: they’re all sadly very much the same.  These snot-nose, entitled brats cannot tolerate viewpoints that challenge what they think they already know because they have been raised to be self-righteous winners regardless of facts.  Sorry, but that “participation” trophy you won for sucking at soccer won’t enhance your resume once off the safe spaces on your college campuses my fragile buttercups.

When you shun free speech, you’re a misguided loser, afraid of having your thoughts challenged.  Ironically, sorting through varying theories and opinions is the very definition of a real education.  When people fear opposing viewpoints, it is because their own position is either tenuous, or impossible to defend.  Therefore, instead of risking losing an argument to logic and reason, or being forced to confront a false premise in their own conclusions, or worse yet, change their minds, (God forbid), they resort to a form of censorship disguised as righteous protest, just what we saw recently at the college campus at UC Berkeley.

Milo Yiannopoulos, outspoken gadfly, writer and provocateur extraordinaire, was threatened with bodily harm, while fires and rioting ensued on campus due to a talk he was to deliver there.  Berkeley, the supposed birthplace of campus free speech circa 1964, today demonstrating zero tolerance for it.

We can learn much from our own forefathers, cognizant as they were of the ignorance of youth.  Accordingly, they included directly into the framework of our Constitution, specific writings about the minimum ages for legislators and the President to hold office; the former 25 and the latter 35 years of age.  This is because minds need developing, thoughts need refinement, personalities need edification, education and experience in order to create a persona capable of thoughtful listening, learning, discerning and advancing in the quality of their own personal development.

Too many parents are confusing their kids with the wrong messages, mixing the virtues of establishing a healthy level of self-esteem with the mistaken notion the kid takes away that includes an over-dose of self-righteousness.  Seeing yourself as a worthy, contributing member of society is quite different from the concept of always feeling you are right.  Parents would do better to tamp back that typical teenage notion of invulnerability, omnipotence and self-importance with a reality check that tells them in no uncertain terms that they are far from developed, they are largely incapable at this moment of even grasping some of the higher orders of thinking, and that they will not find their way into that realm until and unless they exercise that brain of theirs by allowing a wide divergency of thoughts, opinions and suggestions to percolate through their systems as they grow, mature and develop.  That is why they are attending college.  Too few of them see themselves as works in progress and instead think they know it all.

Yiannopoulos scares the crap out of these snowflakes because he looks like them, he talks like them, he is young like them, he is vulgarly plainspoken, and he is gay.  These kids have no clue in how to disagree with someone gay, someone like them in dress, demeanor and words.  They didn’t believe, up until he came on the scene, that such a being could exist.

Once Yiannopoulos opened his mouth and began to contradict virtually everything these kids thought they knew, he did something very 1960ish.  He blew their minds.

Milo fits all of the stereotypical positions these kids thought defined what they liked, what they followed, what they believed.  Then he spoke and they were dumbstruck, perhaps for the first time in their lives with a true dilemma.  What he thought, how he reasoned and what he concluded did not jive with the snowflakes illusions.  It is one of the most satisfying phenomenon’s I’ve ever seen, sort of like watching a gangly puppy chase a laser.

And so, kids in Berkeley and wherever else you are, listen up.  Yiannopoulos is a firebrand.  He looks like you, he talks like you, but he actually thinks, not like you.  Be brave, we won’t keep score, just like in T-ball, doesn’t seem like that long ago does it?  Listen.  If you think he’s full of crap, tell him why, defend your outrage.  If you can’t, either you’re dumber than you thought, (very likely), or maybe, just maybe, you might want to consider changing your mind.  Just a thought.