14 years ago this month, my dad died.  I wrote this back then and thought some might enjoy it once again.  I miss you dad. 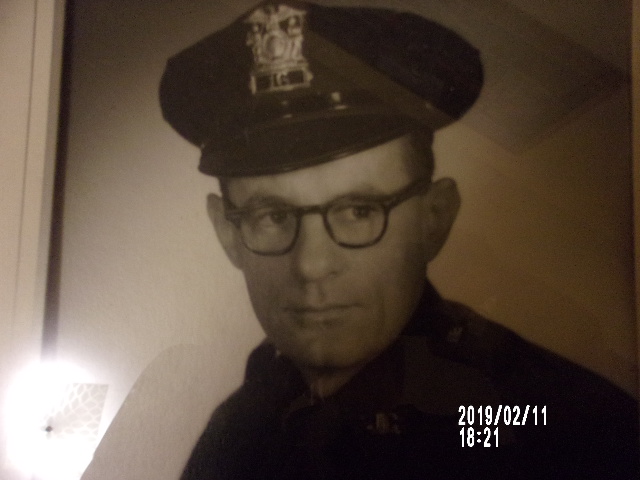 My father loved his garage.  We spent countless hours there together, me working on various cars or motorcycles, or lawn mowers, while dad either watched, talked, or grabbed a rag and cleaned whatever was nearby and dirty.  While not particularly handy, dad decided that if he couldn’t fix it, at least he could clean it.

His old, two stall, wood frame, dimly lit garage situated in the back of his modest home was a shrine of sorts.  He told me hundreds of times how much he loved this place.  While dad was mechanically challenged, he nevertheless loved tools, even ones he had no clue how to use.  I think my dad hoped the legal adage of “possession being nine tenths of the law” somehow equated to his ownership of tools magically rendering him handy.  Before the Alzheimer’s, dad knew where ever one of those tools were located in his windowless temple to the god’s of repair and the angels of the less than handy.

The truth is, we used the garage as a meeting place, the replacement for the tree house of our youth.  Men Only.  You could say things in the garage you wouldn’t dream of saying anywhere else.  While we didn’t posted signs to keep women out, it seems they understood that this was turf akin to a locker room and as if by magic, they seemed almost afraid to approach us while we were inside.  Neighborhood men, on the other hand, sensed our presence in the garage and spontaneously appeared like salmon going up the fish ladders to the hatchery.

At about the same time my dad began to noticeably give ground to his battle with Alzheimer’s, I bought my first home and ironically, it was garageless.  This would have been a deal breaker if my father had not lived nearby and been kind enough to share his shrine with me.  During that time, my dad’s fight with Alzheimer’s began to challenge him in a greater way.  As his mobility suffered, even going to the garage had to stop.  From then on, after finishing whatever I had to do in the garage, I made sure that I came into the house and spent time with my father, describing to him what I had done and asking him questions about where things were in the garage in an attempt to keep him engaged.

Last week, I did my final oil change in dad’s garage.  Earlier this evening, as I stood in the shadows of darkness in my own garage, part of the deal in a recently acquired income property, I thought about the cruel irony of the situation.  My dad went into a nursing home today.  That officially returns his garage to its former use as a mere storage facility, shrine status now and forever revoked.  I only hope that some of the magic we created and enjoyed there finds it way to my garage and my son.

One thought on “Garages”