Now that squash has been bested by Break-Dancing in the 2024 Olympic program, this article I wrote some time ago remains timely.  You get one chance to make a 1st impression…..

SQUASH is feeling sorry for itself after the IOC again rejected the sport’s application for a place on the 2020 Olympic Games programme. The sympathetic responses bear a familiar look.

All emotive stuff, but let’s stop the sympathy and get something straight. Squash is not on the program of the Olympics today, largely because key people in the sport’s US leadership did not want it there 20-plus years ago.

In 1988, I was hired as the Associate Director of the United States Squash Racquets Association, (USSRA.) My main goal was to pursue US Olympic Committee, (USOC) membership for the USSRA, (now US Squash.)

Leadership in our organisation was so convinced that our initial membership application would be rejected that I was sent alone, with less than six months on the job, to the USOC membership review meeting in Houston.

When I left that meeting, having secured our membership in the first round, (something rarely accomplished), a very senior USOC staff member walked me out of the room, put his arm around my shoulder and whispered to me in a hallway crowded with other applicants, “Where in the hell have you people been?”

From the beginning, it seems we were perceived as being very late to Olympic affiliation from those inside the USOC. Over the next few years, we received monies and services from the USOC that funded elite coaching, elite training and allowed for the free use of the United States Olympic Training Center, (USOTC) in Colorado Springs where we sent coaches and players alike. 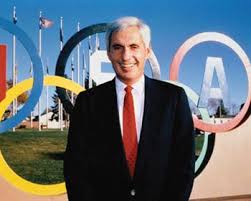 We even held one of our Executive Committee meetings at the USOTC where then USOC Executive Director Harvey Schiller (pictured right) addressed our group and encouraged our quick ascent in the organization. The USOTC went so far as to offer us free office space to relocate our national headquarters onto the Colorado Springs campus.

I knew a political problem was brewing when the leadership of the USSRA refused that invitation and I began to realise that my plight, my mission might be a fool’s errand.

A short history lesson will be helpful.

In the late 1980s, squash in the US was struggling to maintain two versions of the game; one that was played only in the States (hardball) and the other, mainstream version played throughout the rest of the world. Many in US squash leadership were firmly ensconced in supporting, preserving and favouring the old and dying US-only version of the game.

The fear was that “the great unwashed” as one of them put it, would take over the mainstream version of the sport and they would over-run and outnumber the traditional ivy league, prep school, blue-blood, country club types and replace them with public-school, blue-collar, beer-drinking hooligans of unverified lineage.

The old-guard leadership sensed that they would not only lose their US-only version of the sport, but their control of it as well because Olympic participation would surely be played using the mainstream version of the game.

Simultaneously, a large and vocal segment of the squash community was demanding the switch to the rest-of-the-world version of the game and the leadership of US Squash had to placate that growing voice.

By dispatching one man to do what the entire organisation should have been committed to doing, it created the illusion that US Squash was forward thinking. That was not the case. Some in leadership positions hoped that by under-staffing and under-committing to the Olympic effort, it would end in futility, frustration and failure, thereby preserving their hold on the US-only version of the sport. 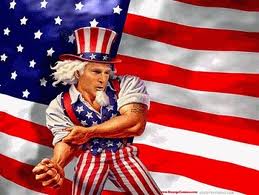 The old-guard of squash was counting on the failure of our efforts towards the Olympics. The problem was, nobody clued me and my small band of heretics into this plot and our efforts were making unprecedented progress on a very fast track.

From our initial membership with the USOC in 1988 until my departure in 1991, I spent most of my time on the road and had gathered a groundswell of support from the family of Olympic sports organisations.

During this same time, many more of the “great unwashed”, had also entered the ranks of the US squash community, further rankling the squash elites.

We formed the Associacion Pan Americana de Squash and began organizing international competitions throughout the Americas in support of the Pan American games having squash on their program. Unfortunately those interests were at odds with the old guard of US squash because we were, again, continuing to be unexpectedly successful.

In 1991, I met personally with then IOC President, Juan Antonio Samaranch (pictured below) at the Pan American games in Havana and he was extremely supportive. At last, all of the political, social, formal and informal relationships were in place for squash to be accepted into the inner circle of the Olympic movement. 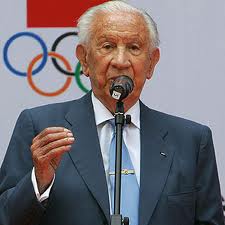 As Samaranch said: “The USOC is the flagship of all (national Olympic committees)”, and at that moment in time, we were very much in favour with the IOC and the USOC.

However, the political power of an old guard of squash elitists spanning nearly 100 years out-ranked and out-weighed a naive group of pro-Olympic squash advocates with a single vision that blinded them to the political reality that was far stronger and more ruthless than imagined.

Shortly after my departure, other key players in the movement were summarily dismissed as well. Once that momentum, that intricate framework of personal, professional, probable and improbable relationships were left unattended, the situation would crumble and the winding road so painstakingly built would revert but to a faded path.

The conditions of that era are gone. The momentum and impact of a strong first impression has but a single shot. The opportunities we enjoyed in the 80s and 90s are not able to be recreated. The perfect storm for squash had, I fear, but one chance. The deal-making and networking we plied and perfected to make our inroads are opportunities forever lost.

I am saddened to say that we failed to have squash included into the family of contested sports in an Olympic program not because the game wasn’t worthy of such status, but because of a culture of small mindedness that would sink a sport in order to protect a pedigree.

Bob Kingsley is the former Associate Director of the USSRA, (now US Squash) from 1988 until 1991. Nowadays, he owns a business called King Enterprises in upstate, NY. They provide “back office” services to attorneys, municipalities and insurance carriers with investigative support and trial preparation. Bob is also the teaching professional at the Pennsylvania Avenue Squash Club in Binghamton, NY.