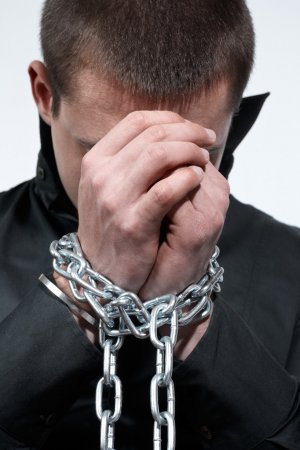 Conventional liberal wisdom of the day demeans anyone who has the temerity to split from the herd and challenge the popular mantra of man-made climate change.  The method of public shaming has recently ramped-up in intensity and mean-spiritedness by applying the label of “denier” to skeptics.  This is a deliberate strategy to cast opponents into the same deplorable camp of those that deny the Holocaust.

This is how the Left manipulates language; jungles became rain forests in order to paint nice mental pictures that massage dollars from donors.  Pro-choice sound lots better than Pro-Death, making abortionists seem super-reasonable.  Assault weapons became any firearm that looked scary when the reality is that actual assault weapons have been unavailable to the public for years.

What scares the radical Left most are facts.  As Vice-President Joe Biden famously said, “We’ll take truth over facts.”  When their truth can be uncoupled from reality, emotion masks the actual agenda.  The naivety of their foot soldiers is stunning, unknowing cannon fodder in support of a hidden agenda that has nothing to do with the stated goals.  The climate change movement and those who control the bigger strategy are focused not on saving the planet, but controlling it.

Healthy skepticism is essential to the refinement of any idea.  If the plan itself cannot withstand scrutiny, it is likely that the argument is weak.  Only after the idea is tested by skepticism and provocation can it be embraced as credible.

These are the credible facts, for those willing to hear and consider them.

The Sun is more than 100 times the size of the Earth.  The total yearly production of all earthly energy is the equivalent of a single hour of energy produced by the Sun and heating the Earth.  The U.S. produces only 14% of the world’s human-created carbon dioxide.  Over 90% of worldwide production of electricity is generated by fossil fuels and nuclear.  Less than 6% is renewable.

The sun and active solar flares represent the biggest single factor in what controls the temperature on the Earth.  Solar panels, wind turbines and electric cars are financial failures without government subsidy.  These products net-energy exchange rates are not recoverable in reasonable terms.  Said differently, it takes more energy and resources to create, install, sell and operate these supposed green solutions than they end up saving in terms of energy efficiencies and any reductions of carbon dioxide.

God-Almighty created the heavens and the Earth and all things in it, including humans.  We are as much a part of the food chain as any other living thing and our influence on the planet is negligible in terms of changing anything about the heavenly nature of climate.

If we went back to teaching our kids how to think instead of what to think, far fewer would be hoodwinked by this scheme designed not to control the climate, but to control us.