King Cuomo II is at it again.  Blue blood, coursing through the royal veins of aristocracy must completely obliterate any sense of irony and propriety for those to whom the manor were born.  Nothing else could possibly justify Cuomo’s recent decree regarding the blanket pardoning of children that skipped school throughout NY in solidarity with the political movement, created via the Parkland Florida school shooting.

Sensing opportunity to orchestrate political theatre on the backs of naive and vulnerable kids, Cuomo wrote the following statement in a letter to NYS Education Commissioner, Mary Ellen Elsa.

…”Peaceful expression of views on controversial issues that is not disruptive or threatening is a right that all students have in this country, and any attempts to stifle this speech violates the constitutional rights of students and faculty to free speech. Threatening to discipline students for participating in the peaceful demonstrations is not only inappropriate, it is unconstitutional.”

Does the King even read his own words?  How does the walkout of a portion of the student body, while school is in session, in the middle of the day, in the middle of classes not constitute a “disruptive” situation?  While this was happening more-or-less erratically and largely unorganized, how were these situations not potentially “threatening” to students as well as staff?  With entry ways suddenly breeched, staff was split between their classrooms where many students remained, and their obligation to supervise those outside.  This created a threatening, vulnerable and uncontrolled environment with too few people to provide proper oversight.

The walkouts were designed to be disruptive and threatening, but no matter to the King when his pet project is being advanced by a gaggle of schoolchildren unwittingly doing his bidding.  Those in the gun-hating segment of the media, led my CNN and funded by Mike Bloomberg, create the photo-ops that are the magic, media moments.  Cuomo then unashamedly rides that sentiment like a rented mule, taking advantage of our young people’s raw emotion, fear and tragedy.

All involved should be charged with child abuse. 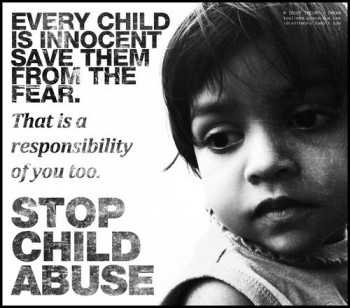 Does anyone really believe that the King would be so supportive and so concerned with constitutional rights had a simultaneous walkout been organized by students against the SAFE Act?

Proof that former Prince Andy failed the bar exam several times becomes evident by his clear misinterpretation on the constitutionality of speech.  Constitutional Law is one of the first subjects taught in the first semester of law school.  Those who passed the bar understand that the right to free speech is not unlimited.  That right could have been exercised before or after school, but the impact of the disruptiveness was really the object and clearly not constitutionally protected speech as Cuomo suggests.

Those in positions of power have shamelessly harnessed the youthful exuberance of naive school kids to further their own agenda because if reason, logic and thoughtful conversation prevail, it is a losing proposition for their actual agenda; repealing the 2nd Amendment.